Since it was established last year, the University of Arizona's Indigenous Resilience Center has added to its roster experts who have long worked with and for Native American communities. Now, the center's leaders hope tribes can guide their next moves.

Farmers from Oregon, Montana or other northwestern states occasionally call Michael Kotutwa Johnson to ask him for advice on dry farming, a method of agriculture in which Johnson is an expert.

The farmers usually say they're doing dry farming because their water sources are increasingly scarce. Rivers may not be as full as they once were, or urban growth might be encroaching on supplies that once served their farms. So, they irrigate less, or they rely largely on rainfall.

But when Johnson asks for more details, he learns that many of these farmers are farming in areas that get 15 to 30 inches of annual rainfall. That's not quite the same as the dry farming Johnson has been doing for 20 years, which involves planting seeds much deeper than conventional farms would or grouping crops closer together – practices designed to conserve the moisture his crops receive from only 6 to 10 inches of annual rain and snowfall in an area that has no natural rivers.

It's the kind of farming his family has done for centuries.

Johnson, a member of the Hopi Tribe of northern Arizona, is an assistant specialist in the University of Arizona School of Natural Resources and the Environment in the College of Agriculture and Life Sciences. To that role, he brings decades of experience farming corn, beans and melons on his land near Kykotsmovi Village on the Hopi reservation, which receives only 6 to 10 inches of rainfall a year. 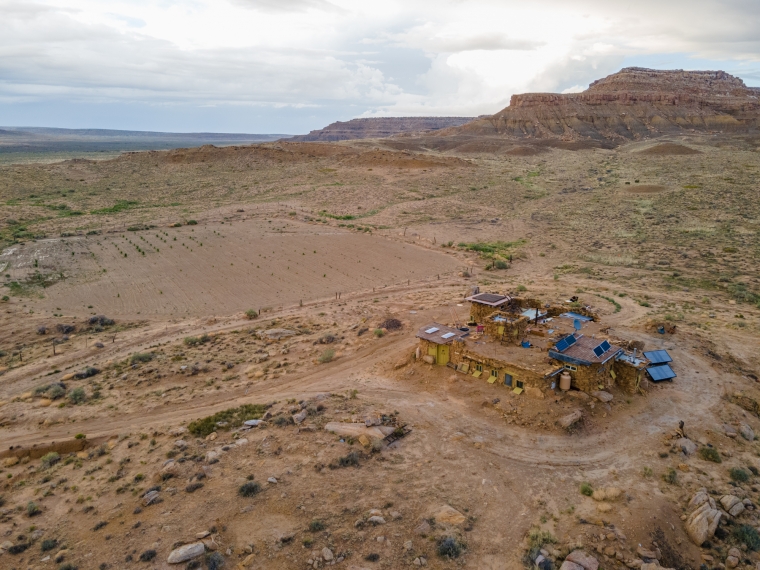 Johnson's crops include dozens of varieties of corn, beans, melons and squash, all of which grow on 6 to 10 inches of annual rainfall in an area without natural rivers.Kyle Mittan/University Communications

"That, to me, is the heart of who I am as a Hopi – it's practicing that farming," Johnson said one evening in late July at his house, which he built by hand out of sandstone. A light drizzle of rain – a small contribution to the year's 6 to 10 inches – dampened his crops outside.

Johnson is one of the first faculty members to join the UArizona Indigenous Resilience Center, which was established last year. He adds to the center's growing roster of Indigenous scientists focused on helping Native American tribes become resilient to rising climate challenges.

Johnson said he wants Indigenous voices to be more readily heard in the conversation about climate solutions.

"We have over 3,000 years in this particular place, a lot of tribes have even longer in their different areas. But nobody asks them, 'What are we going to do about the environment?'" Johnson said. "I think that's kind of sad, because there's so much knowledge that we still have."

A unique center for a university uniquely positioned to serve tribes 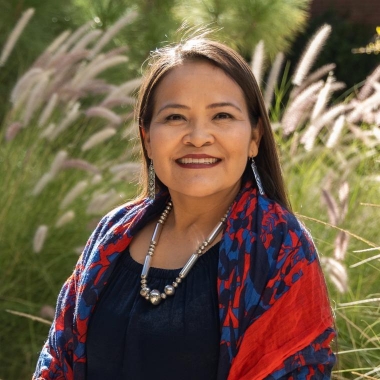 The Indigenous Resilience Center, known as IRes, has been in "turbo mode" since it was established in September 2021, said its director, Karletta Chief, a renowned Diné hydrologist and a University Distinguished Outreach Professor of environmental science in the College of Agriculture and Life Sciences.

In its first year, IRes brought on experts such as Johnson, held meetings with tribal leaders to learn how the center can better serve tribal communities, and built on research projects that existed before the center was established. All are steps toward the IRes mission, which involves pairing university resources and research with the knowledge and practices tribes have used for millennia to manage their lands and ways of life, Chief said.

The goal, she added, is to help Indigenous communities thrive and adapt to environmental and societal challenges.

"What we're trying to do is be a center that could be a good relative to Indigenous peoples, where they can have access to science, to research, to faculty, to students who want to come back to work with Indigenous communities," she added.

The state of Arizona is home to 22 federally recognized tribes, and a third of the state's land is tribal land. The university's main campus is on the traditional homelands of the Pascua Yaqui Tribe and the Tohono O'odham Nation.

As the state's land-grant university, UArizona is uniquely positioned to do the work IRes has undertaken, Chief said.

"The University of Arizona is in the prime situation to have this type of center," Chief said, adding that IRes complements many centers and programs on campus that focus on issues related to Indigenous peoples. "But there's nothing like the Indigenous Resilience Center, where we focus on environmental solutions, designed with tribes, that is Indigenous-led, and I think that's what makes us unique."

A chance to sustain work with and for tribes

The center is primarily funded by the university's Agnese Nelms Haury Program in Environment and Social Justice. IRes and the Haury Program are part of the Arizona Institute for Resilient Environments and Societies, or AIRES. 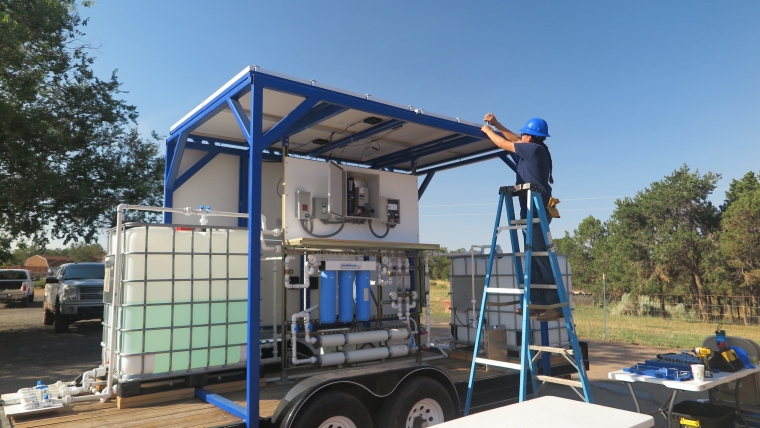 The work of Indige-FEWSS involved setting up solar nano-filtration units, like this one on the Navajo Nation, a filter system that uses solar power to make water potable.Torran Anderson/Indigenous Resilience Center

IRes builds on the goals of an existing AIRES graduate student program called the Indigenous Food, Energy and Water Security and Sovereignty program, also known as Indige-FEWSS, which aims to develop the next generation of scientists and engineers to work with Indigenous communities to address challenges related to food, energy and water.

Funded by a National Science Foundation grant, Indige-FEWSS is a partnership with Diné communities and organizations on the Navajo Nation. Students in the program learn to build hands-on research projects that include bringing solar-powered water filtration systems and solar electricity to Diné homes.

Through the program, students build an understanding of Indigenous culture and governance while helping address a longstanding challenge – that approximately 30% of Navajo Nation homes are not connected to central power or potable water.

"The Indigenous Resilience Center was an opportunity to not only sustain the components of Indige-FEWSS, but also to identify areas where we were lacking expertise and to bring faculty to the center that were of need to Indigenous communities," Chief added.

Johnson, from the Hopi Tribe, is one of three experts IRes has hired in recent months. 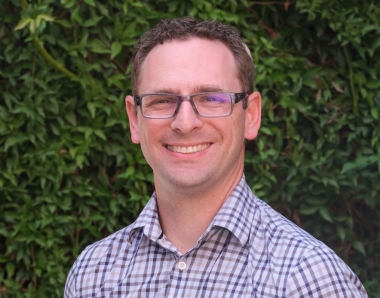 Joseph Hoover, who is also affiliated with the center, joined the UArizona faculty as an assistant professor in the Department of Environmental Science. Hoover's work involves studying environmental health in tribal communities – particularly air and water quality – and, leaning on his background in geography, using mapping technology to help tribes better understand how they might overcome health challenges.

Hoover came to UArizona from Montana State University Billings and is also co-director of the University of New Mexico's Center for Native Environmental Health Equity Research, funded by the National Institutes of Health.

One project Hoover is working on with IRes involves tracking the grazing patterns of livestock raised by communities on the Navajo Nation, the Crow Nation in south central Montana and the Cheyenne River Sioux Tribe in South Dakota. The project aims to help the tribes understand how close the animals are grazing to abandoned uranium mines and how that could impact public health.

Hoover, who has worked with tribes across the West since 2004, said his work hinges on respect of the tribes' sovereignty and an understanding that each project is a partnership, rather than a team of academics doing research.

"They are part of the team. It's not the academics and then the communities – we are one team," he said, adding that tribal community members are also involved in presenting the research at conferences with other researchers and tribal communities when it's finished, and that tribes own the data from all the projects Hoover partners on.

The College of Engineering recently hired Cherie DeVore in partnership with IRes. DeVore is finishing a postdoctoral fellowship at Stanford University's Doerr School of Sustainability. DeVore, who is Diné, will begin in the fall as an assistant professor in the Department of Chemical and Environmental Engineering. She blends engineering, earth science and cultural knowledge to help tribes address environmental problems in their communities.

A seed for tribal nations to water

Chief and IRes staff and faculty have spent the last few months meeting with tribal leaders as part of the center's ongoing dialogue with Native American communities to understand their needs how IRes can help.

Many meetings are coordinated with the Office of Native American Advancement and Tribal Engagement, under the leadership of Senior Vice President Levi Esquerra, including a breakfast with tribal leaders in early September.

IRes staff and leadership also met with tribal leaders during the university's second annual Tribal Leaders Summit in early November, which featured an awards luncheon at which IRes honored the work of four scientists and activists working to create healthy environments for tribal communities: Otakuye Conroy Ben, an assistant professor in Arizona State University's School of Sustainability and the Built Environment; Janene Yazzie and Kern Collymore, founders of Sixth World Solutions, a Navajo environmental sustainability organization; and Timian M. Godfrey of the UArizona College of Nursing.

One comment during a recent meeting that stood out, Chief said, came from Ned Norris Jr., chairman of the Tohono O'odham Nation, who simply asked for honesty and transparency about the center's intentions and goals.

"I told him that the Indigenous Resilience Center is a seed right now," Chief said. "We want tribal leaders and tribal nations to water that seed, nurture it and help it to grow into a plant that they desire to cultivate and harvest."

Ilíiaitchik Correspondents Learn the Art of the Interview